For patients with recurrent pregnancy loss

The highest frequency of trisomy (three chromosomes) in miscarried fetuses (embryos) was found on chromosome 16, followed by chromosomes 22 and 21 (Fig. 11, ref. 27). This technique is designed to prevent miscarriage by checking fertilized eggs for aneuploidy and transferring in utero only an egg in which the chromosome is normal.
In a randomized trial comparing PGT-A (n=198 patients) and expectant management (202 patients) for unexplained RPL, there was no difference in the birth rates (32 % and 34 %) and miscarriage rates (20 % and 24 %) of the two groups (28). This study did not examine fetal aneuploidy in previous miscarriages.

Figure 11: The frequency of trisomy in each chromosome 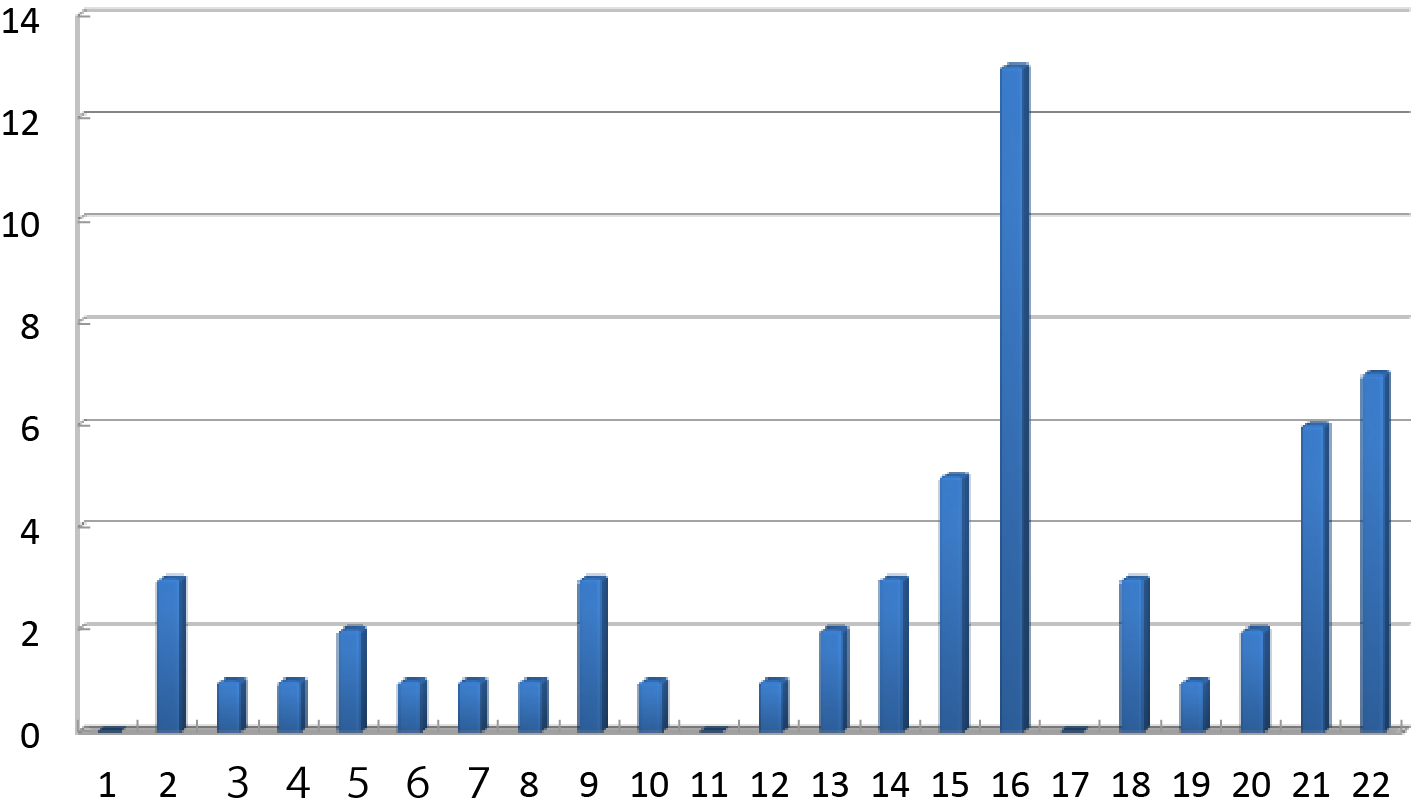 Although the Japanese Society of Obstetrics and Gynecology has banned PGT-A for ethical reasons, we conducted a clinical study to investigate whether PGT-A improves the birth rate in cases of RPL and repeated unsuccessful IVF because of the increased social need for PGT-A due to the increase in the gestational age of Japanese women.
Patients who had experienced two or more miscarriages, had complications affecting their fertility and were already undergoing IVF. The fetal (embryonic) aneuploidy of a previous miscarriage was identified.
A clinical study was conducted to detect blastocysts by the CGH microarray method in PGT-A patients aged 35-42 years. Non-PGT-A patients were used as controls.
The results showed that the birth rate per patient was the same in the PGT-A group as in the control group (Fig. 12, ref. 29). The miscarriage rate also remained the same. When limited to patients who were able to undergo embryo, the birth rate increased in the PGT-A group. We also found that biochemical pregnancies were reduced in this group.
We found that patients who had already had IVF for infertility and were able to produce a large number of blastocysts had an advantage. Only about 20% of infertile patients had experienced IVF, and it is not known to what extent this treatment would benefit patients who are able to conceive naturally.
Preimplantation diagnosis is clearly aimed at avoiding sick children with Mendelian genetic disorders. In women with RPL and infertility, the goal is to have a baby, but it is not yet clear whether this approach can have the desired effect.