For patients with recurrent pregnancy loss

Eighty percent of patients with two previous miscarriages, 70% with three, 60% with four, and 50% with five can give live birth in the next pregnancy without the need for medication.

Figure 9: The live birth rate and frequency of fetal aneuploidy decrease as the number of previous miscarriages increases. 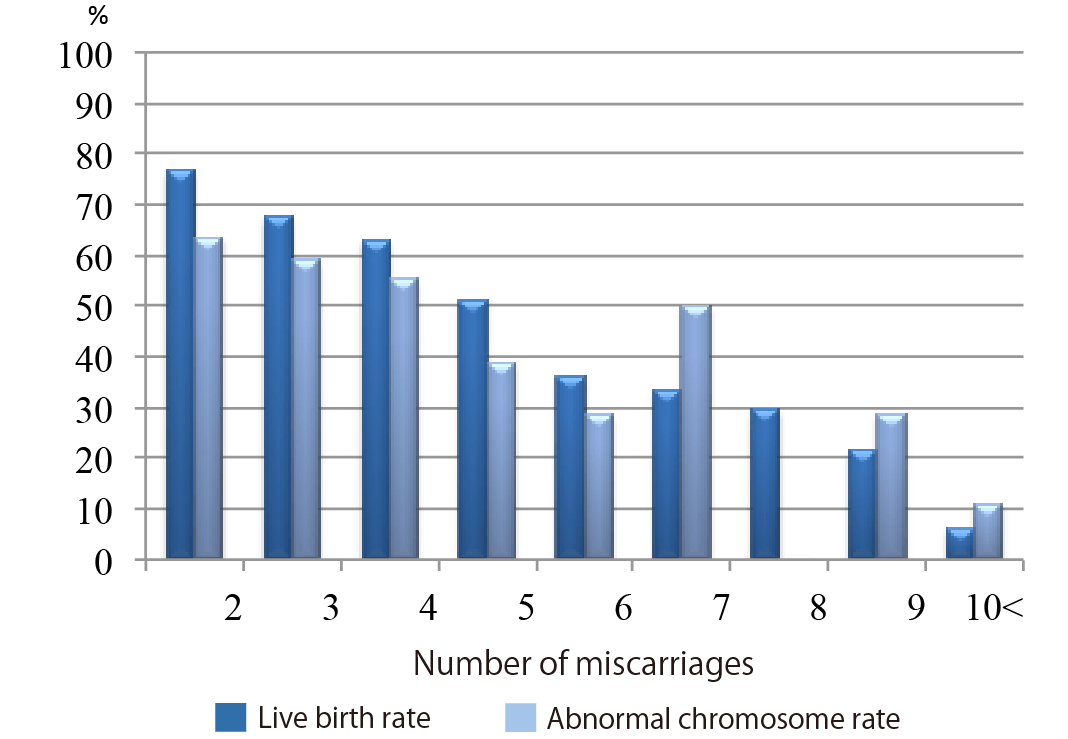 Miscarriage increases with age. This is mainly due to the fact that the number of chromosomal distribution errors in the oocyte during meiosis increases as a woman gets older.
A survey of 482 couples who underwent fetal chromosome testing revealed that fetal chromosome aneuploidy was present in 41% of cases (Fig. 5 right, Ref. 6).

Patients who have had a miscarriage of unknown cause do not need to be medicated and have a reliable chance of success next time. Eighty percent of patients with two miscarriages, 70% with three, 60% with four, and 50% with five were able to give birth with the next pregnancy (Fig. 2, ref. 5). As mentioned earlier, those with confirmed fetal aneuploidy are considered to have a better prognosis.

Figure 10: The live birth rate according to the number of previous miscarriages